Reprint of this design honouring the Japanese author, revolutionary and body builder YUKIO MISHIMA. "Sun and Steel" is his highly acclaimed novella about the philosophical aspects of pumping iron and gaining strength in a world that is falling apart. Aestheticism, violence and the will to create and destroy.

The shirt is in our hands, but shipping will take place in the first week of August. Heavy and robust high quality Gildan shirts (European fit) with professional silk print. OFR is in direct contact with professional printing places to ensure the highest quality.

STRICTLY LIMITED TO 30 COPIES ONLY

Please compose a message to: obsessivefundamentalrealism (a) gmail.com
if interested 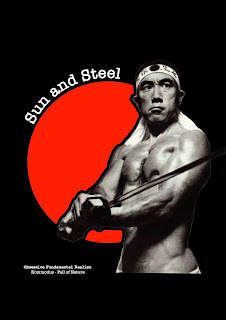 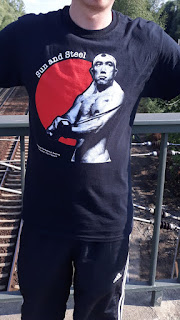 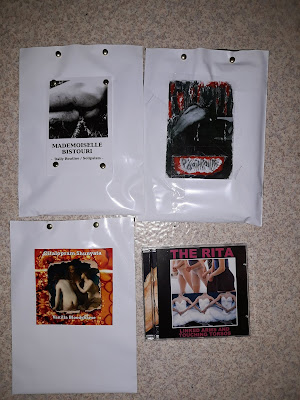 After a split and a collab, THE RITA presents this new full-length album on OFR. Heavy and brutal sound that nods at the landmarks of his discography such as "Thousands of Dead Gods". Pure Harsh Noise beauty like nobody else can do it.
Snippet: https://soundcloud.com/user-333167482/the-rita-linked-arms-and

First full-length album of the Scatmother side-project dedicated to murky, textured and harsh , rumbling Noise. Featuring Brand-new tracks as well as the first ones to have ever been recorded for this project, "Vanilla Bloodshame" explores incest and inner-family sexuality from various angles. From sadistic abuse to playful consensual experimentation, from Greek and German world literature to unartistic modern pornography. Housed in diy OFR style packaging. Released together with Gutter Disease.
Snippet: https://soundcloud.com/user-333167482/citalopram-shunyata-beneath

We also ordered Scatmother and Chaos Cascade stickers. These will be added to every order!